Sanctuary -1978
Sanctuary was the name Ray Flintoff and myself gave to the new rock band we formed at the start of 1978. We placed an advertisement in a local newspaper and from the replies we got the following line up:

Dave Allen: Drums (Who later found fame with the band God's Little Monkeys)
Dave Bulmer: Vocals and Guitar
Ian Cole: Keyboards
Ray Flintoff: Lead Guitar
Sid Pearson: Bass
​
This band was the first time that as musicians we started to get our names in the newspapers. When singer Dave Bulmer got married we managed to get the headline 'York pop singer weds' all good publicity but the band decided to split over Dave Bulmer and Sid Pearson wanting the group to play working man's clubs instead of pubs and clubs.
We played our second and last gig at Dave Bulmer's wedding. 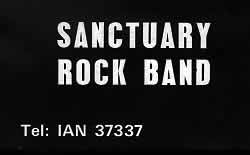 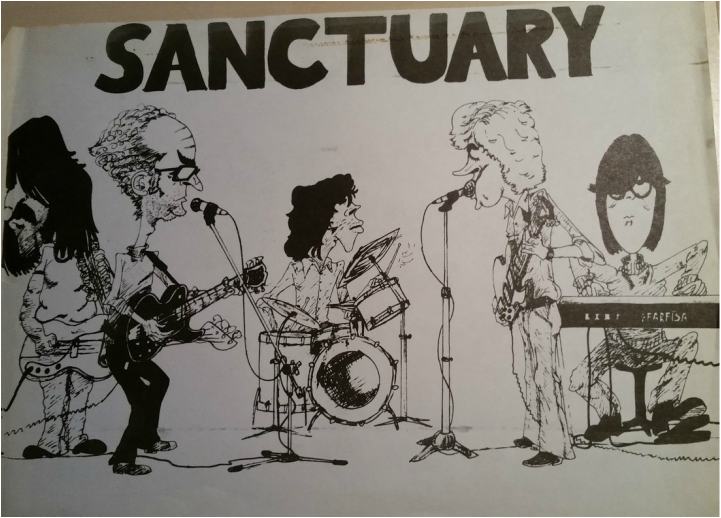 Equipment Used:
Farfisa Matador Organ
RSC Combo guitar amplifier
​
Go on to 1979 or back to 1977